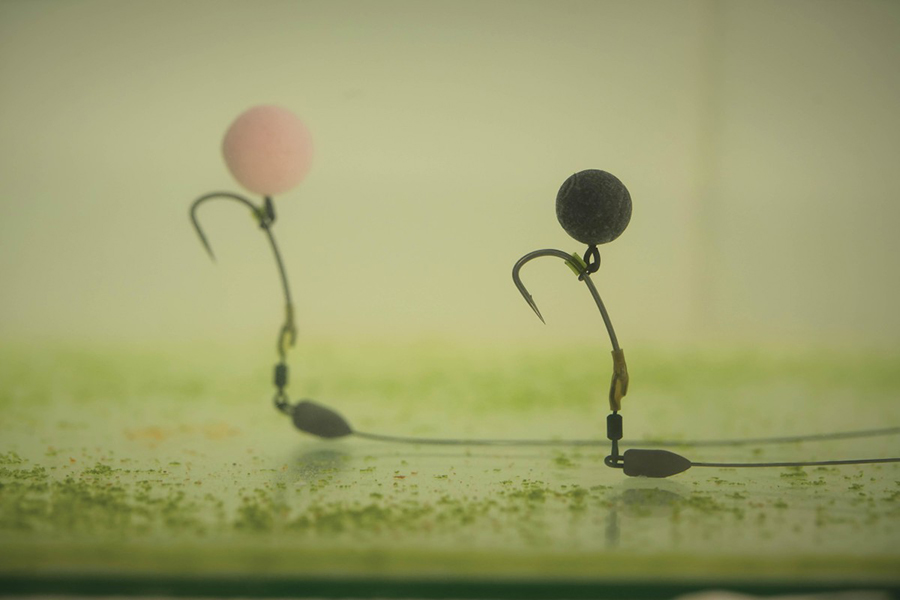 The new Quick Change Ronnie Clips and Tungsten Sleeves were born out of my enthusiasm for using the Ronnie Rig which started a few years ago, and a limitation I felt the rig had, which led to improvisation and improvement.

The evolution
I have always preferred to construct the hook section of the Ronnie with shrink tube over the eye of the hook and the crook of the swivel, as is convention. I favoured this over a kicker sleeve or silicone tube, because the shrink tube gripped the hook more securely and allowed it to be set at an aggressive angle with no possibility of that being compromised on the cast, or on impact etc.

Originally, I used 2.4mm shrink tube, which everyone else advocated, extending the tube down over the swivel barrel. This seemed okay at first, but the shrink tube would be a bit baggy, shall we say, and not as tight as I would like, so I soon changed to the finer, 1.6mm tube, which naturally shrunk down much tighter and held everything in a vice-like grip. I also terminated the tube flush with the top of the swivel barrel to help optimise rotation. I was much happier with this set-up and would tie the ring on the swivel directly to a boom of Tungsten Loaded. Rather than moulding putty around the shrink tube as was the done thing, I preferred to roll a small piece between my thumb and finger and pass it through the ring, before then moulding it back around the knot.

Mechanically, this worked fine, until I needed to change the hook. Shrink tube is undoubtedly the best material for the Ronnie as I’ve outlined above, but it’s not the easiest to cut off when changing the hook. That, then, would mean cutting the Tungsten Loaded, tying a new boom and remoulding the putty. .. not ideal after landing a hook-blunting 3lb tench at 2 a.m. on a work night!

To overcome this inconvenience, I started messing around with tying a metal Heli-Clip with the ring cut off, to the end of the boom, before covering this with a cut-down Streamliner Rig Sleeve. The Ronnie hook section could then simply be clipped on and off, allowing for a quick-and-easy change when necessary. Depending on the size and buoyancy of the pop-up, the clip and sleeve were sometimes heavy enough to balance it, but if not, I would just mould a small amount of putty around the sleeve. 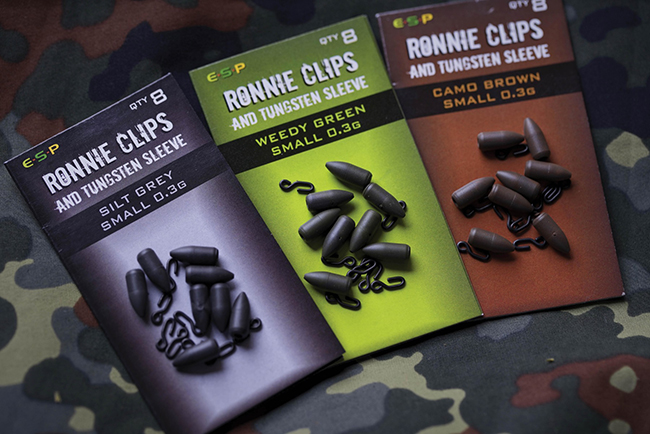 Then, in 2018 we got some 5mm beads moulded in the same material as that used for the Tungsten Loaded tubing that had been launched earlier the same year. This material incorporates 75 per cent tungsten, and for such a small component, the beads felt dense and heavy, whilst still being fairly soft and flexible, and I guess this led to the Eureka moment.

I tested the fit of the 5mm bead on the Heli-Clip and it worked just fine. Although slightly odd looking, sitting in the middle of the clip, it served the two purposes required: to be tight enough to secure the clip so that the rig could not come off, and also act as the counterbalance for the pop-up… and the arrangement was much neater and more convenient than putty!

This set-up worked absolutely fine. Its only slight limitation was, that with larger, more buoyant hookbaits, the 5mm bead and clip combined, weren’t quite heavy enough. That would necessitate adding an extra Tungsten Loaded Bead, or putty, which from a purely aesthetic point of view, just wasn’t very neat and almost seemed to defeat the object. That aside, however, it was undoubtedly a decent, user-friendly system, and it had serious potential to create a more refined and dedicated product. 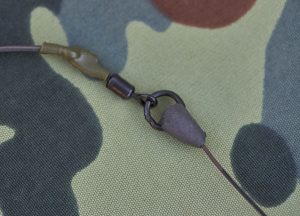 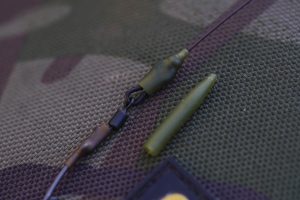 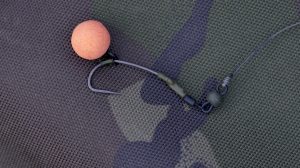 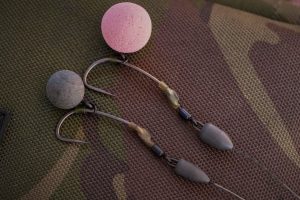 Once Kev has found a great spot he goes to work with a sea gripper lead. Inspect the prongs and keep notes!

With this in mind, I decided to float the idea on my Instagram page, posting a couple of images of the rig, which comprised the new Trig-Hammer hook on a Ronnie connected to the clip, with two separate images showing the clip with the bead on, and off. Even with my modest following, the post created a lot of interest, and on the strength of that, we set about drawing up a bespoke metal clip, and two sizes of moulded tungsten sleeve (0.3g and 0.6g) to cover the vast majority of hooks and pop-ups. With the clips, we wanted to keep them as small and neat as possible, but sufficiently strong. Once the drawings were signed off, clips samples were ordered and the sleeve mould went into production with our UK-based toolmaker. 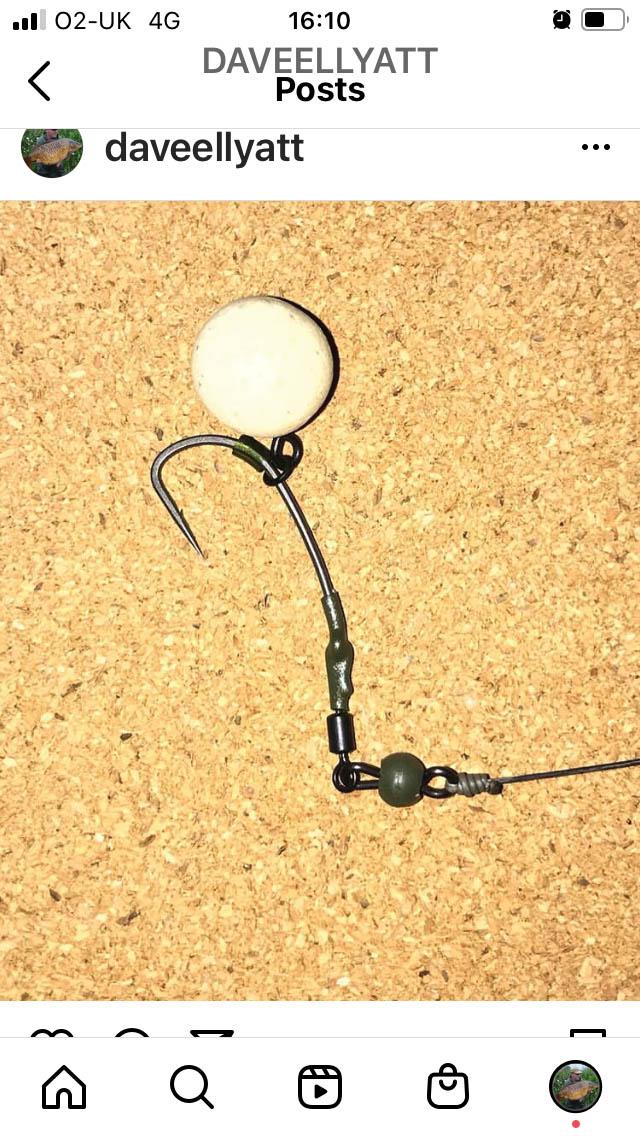 The idea and utility seemed to be popular!

Into production
Then, the dreaded COVID came along and it delayed everything. Nonetheless, during lockdown we did receive samples of the clip and they looked very good. Not long after we reopened in mid-May, the mould arrived from the toolmaker.

Using the same 75 per cent tungsten-based material as used for the tubing, 5mm Tungsten Loaded Beads and Balance Beads, we set-up the initial trial run of the mould tool in our Oxford factory. First impressions were good, but there was room for the sleeves to be a slightly tighter fit on the clip, so the tool was modified and the bore reduced by 0.1mm. This might not sound much, but the second batch of samples had a much better and much tighter fit.

The proof of the pudding, though, would be in the testing, and samples were soon being put through their paces. Ronnie aficionado, Kev Hewitt, got onto them straight away and doing what he does best, he went about dismantling Farriers, accounting for something like fifteen forties in seriously weedy conditions. The clips and sleeves stood up to some serious abuse and came through without fault. 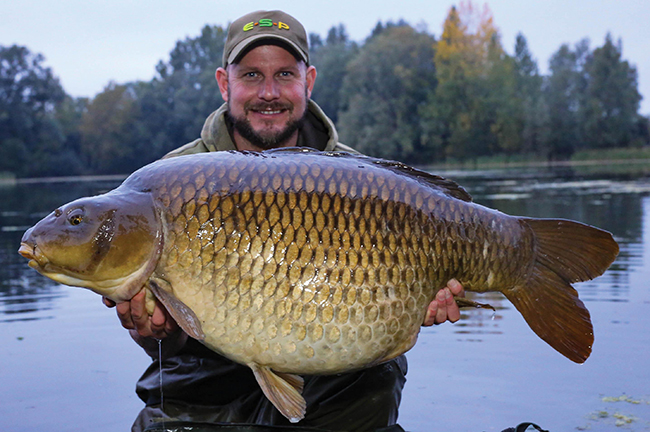 Many tested the clips - but Kev the hardest! A huge number of forties in weedy conditions

As well as the benefits of convenience outlined above, the Ronnie Clips and Tungsten Sleeves offer the technical advantage of having the counterbalancing weight below the hook and out of the way. In comparison, having a bulky weighted sleeve on the shank, means that the gape is partially closed, potentially impeding good hook-holds. Also, a tough, moulded tungsten sleeve is a major advantage over tungsten putty on those increasingly more common venues where resident crayfish have a tendency to remove putty from rigs. 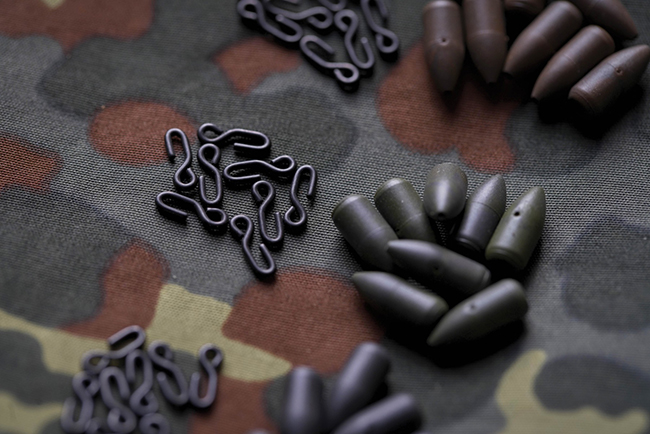