Home > A Trip To The Country – Alfie Russell

Alfie Russell proves that you can indeed mix business with pleasure, as he and Jack Reid enjoy an overnighter to remember... 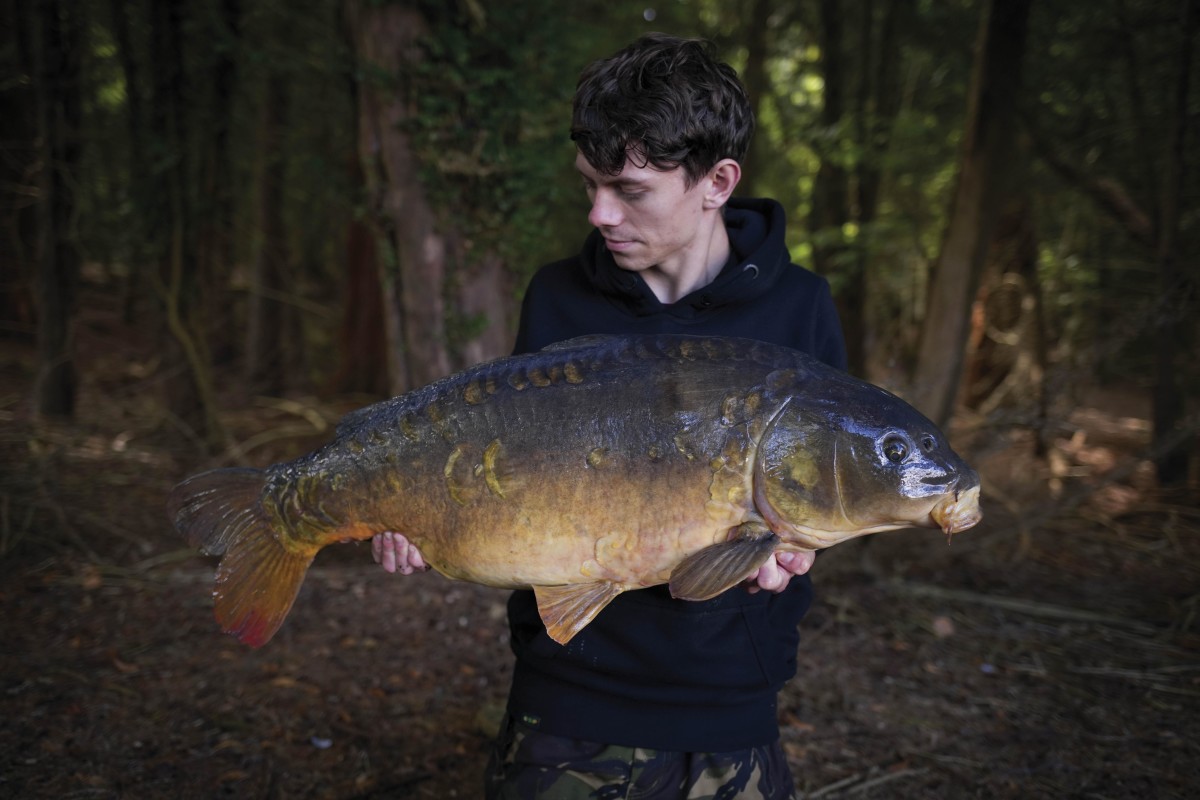 There’s only one way to begin, and that’s by saying that it’s been a mental year. There have been a lot of changes in my life, and everyone else’s. I don’t think I’ve written a piece for what seems like an eternity. With Covid-19 having taken everything over, it’s safe to say that only now does it feel as though we’re getting back to anything like normal.

SO, WHAT HAS CHANGED? Well, at the beginning of the year I made the big decision to leave an employer I’d been with for years, to start my own bait company. It was a gamble, but I feel like it’s been one of the best moves I’ve ever made. I spent most of the spring and summer setting up everything myself, from creating the website—something I had no past experience in doing—to designing the logo with a friend. I made sure that I didn’t rush anything, and everything fell into place. I am now the proud owner of Secret Squirrel Hookbaits.

Whilst I spent many hours of my free time building the company, I also managed to slip in some fishing. As I do, I did the usual dotting about various quiet and rarely fished waters, searching for special carp. Soon, I’d laid eyes on a target, after catching a lot of carp in the spring whilst fishing smaller venues, right through to a big pit holding a tiny number of carp. I’d found a lovely, uncaught, chestnut-coloured mirror, and it was firmly on my radar.

During a nice mild spring, I found myself baiting a spot where I could observe what was going on. I was actually using freelined worms at the time. I wanted to single out the big mirror, and just a few days into the campaign, I lost him! What was crazy, though, was that he reappeared a few days later, and so I had another chance. I didn’t miss out the second time, and what a lovely fish he was, an upper-thirty too. The fish was genuinely unknown and uncaught, which is just how I like ’em. 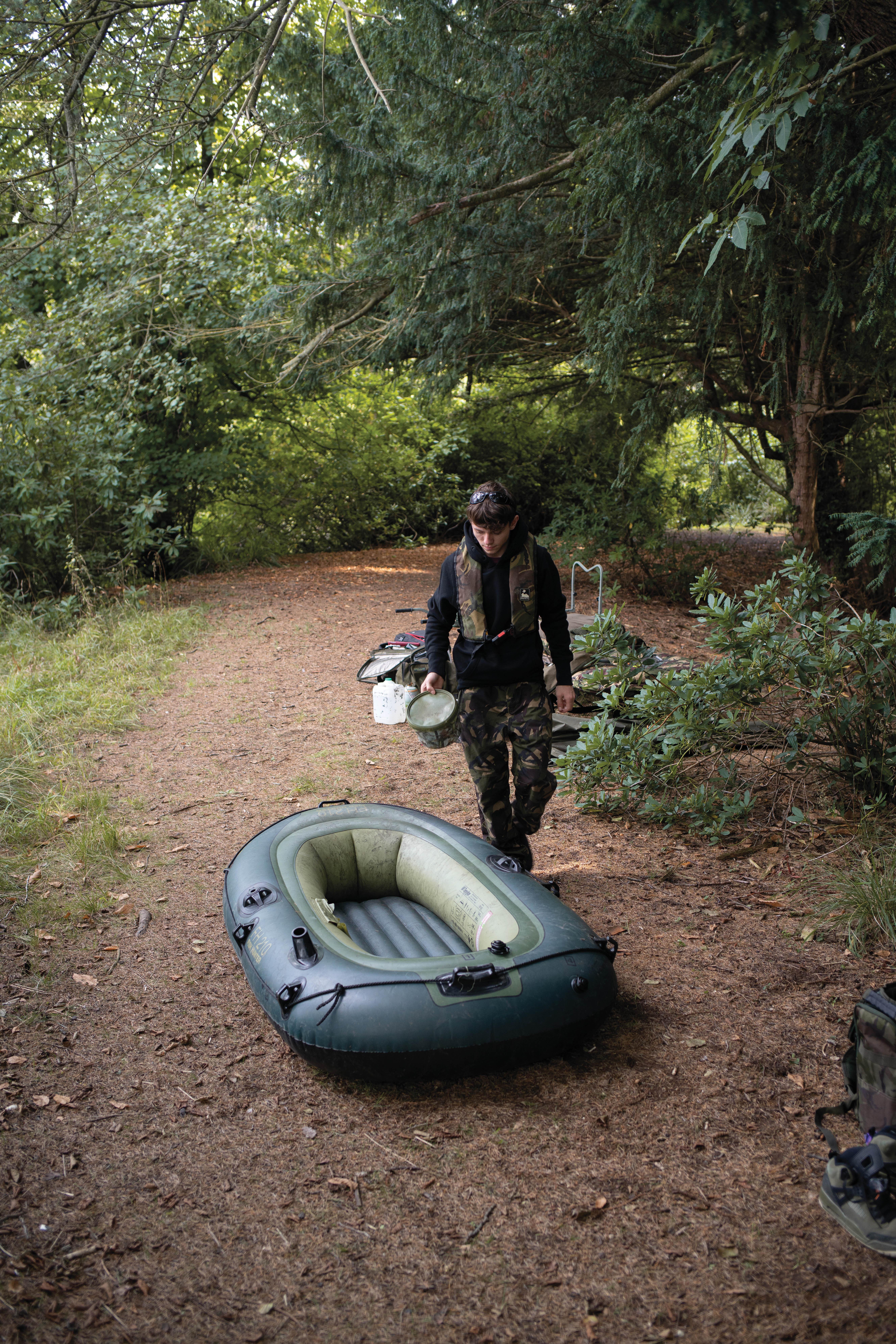 I also spent a lot of time on rivers and canals, chasing a few fish that I’d seen on various stretches through the spring, including the section I have a little boat on. Despite having limited time available, I managed over the summer to catch some lovely fish, and a few targets to boot.

I’ve been filming a lot of my own stuff on a Handycam this year, and I needed to have a good catch-up, and run through the footage with ESP’s media man, Jack Reid. I planned to come up to Drennan and ESP’s headquarters to do so, but to make the trip even more worthwhile, we made arrangements to do a couple of nights on the estate lake. With me knowing nothing about the place, other than what can be seen on Terry’s, and Jack’s previous videos, Jack suggested that we fish the same area early autumn. Jack took the short drive there to bait up, rather than me having to make the journey all the way from North London. Jack fed a few boilies and some tigers along the far bank.

The lake being some 150yds across, the best way to fish it was to use a dinghy to carefully place a couple of rods each, in a line around 30yds apart. I’d not done much fishing from a dinghy before, so I was looking forward to the trip, making sure that I was well prepared by acquiring a self-inflating life jacket. 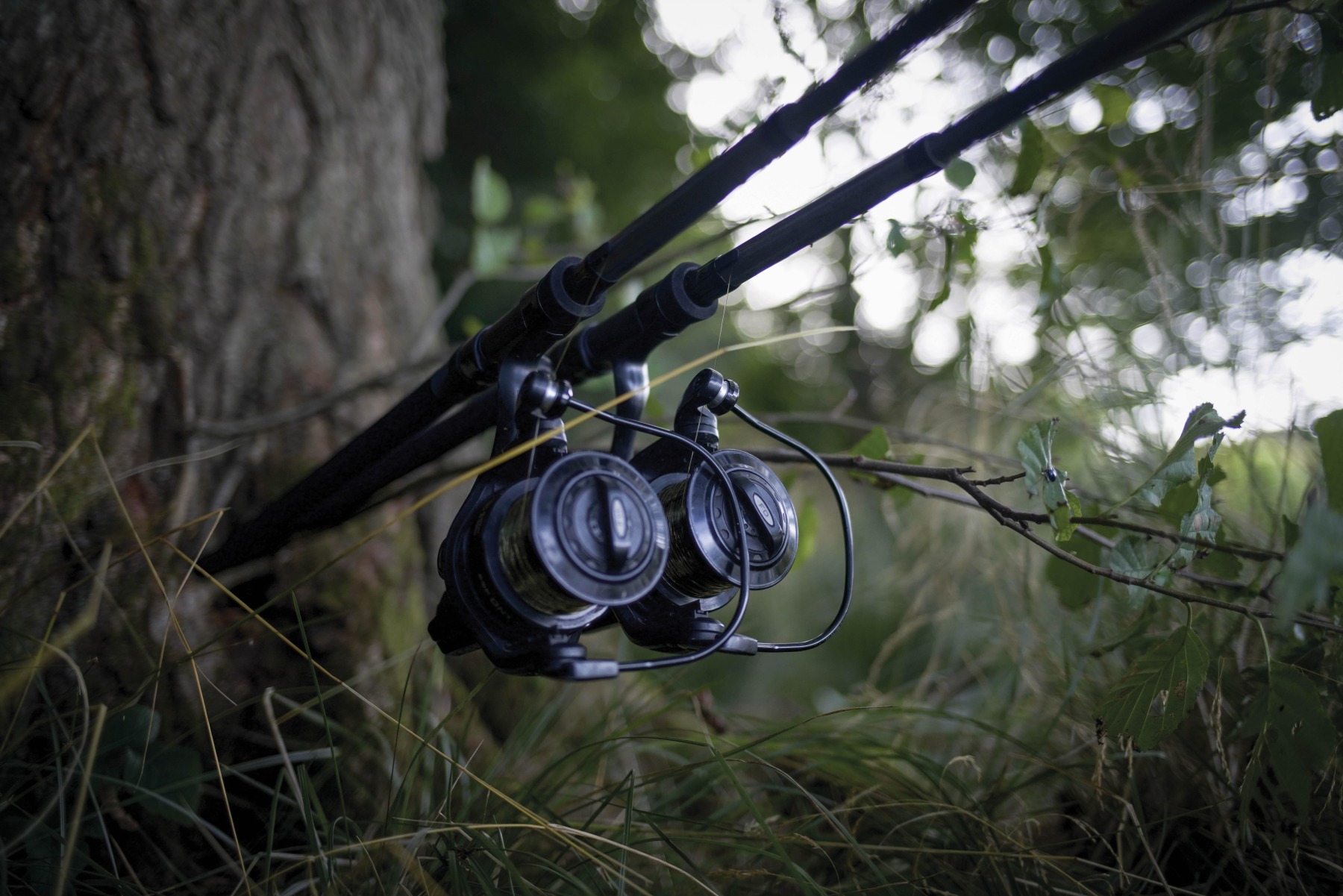 ARRIVING AT THE WATER, I was greeted by a jaw-dropping view. It was as if places such as this no longer existed, and I was truly honoured to have the privilege of being there. I started off using my normal tactics, fishing one of my bright, 16mm Esterberry boilies. According to Jack, some of the rudd and tench could be a pain, so the bigger pop-up was used to avoid us being plagued by them. On the other rod was a match-the-hatch offering of a couple of tigers fished down on the deck. I had Blowback Rigs on both rods, and used heavy leads and lead clips. As I was dropping from the dinghy, these could be placed perfectly. Even though the leads were heavy, they were dropped in quietly, and they offered great hooking potential. With such a simple and effective set-up, I knew the carp weren’t going to be rig-shy; it was all about presenting in an area where they were willing to feed.

Jack opted for Ronnie Rigs on his rods. These incorporated ESP’s Ronnie Clips, and tungsten sleeves. ESP washed-out artificial boilies balanced the set-ups perfectly, and these were soaked in Hi-Attract Liquid. When fished over bait, Jack has a lot of confidence in them. Around three hours in, after placing the rigs and having got set up, Jack received a bite out of the blue—we really weren’t expecting one so soon. After a spritely but easily won battle, he slipped his net under a beautiful estate-lake common of around 25lb. With great confidence after an early bite, it seemed like we were going to be in for some action. We had dinner and went through a lot of the footage I’d taken over the last year, talking all things carp for hours, before we then hit the sack. There was a deathly silence around the lake, something I’m not used to, living in the city. 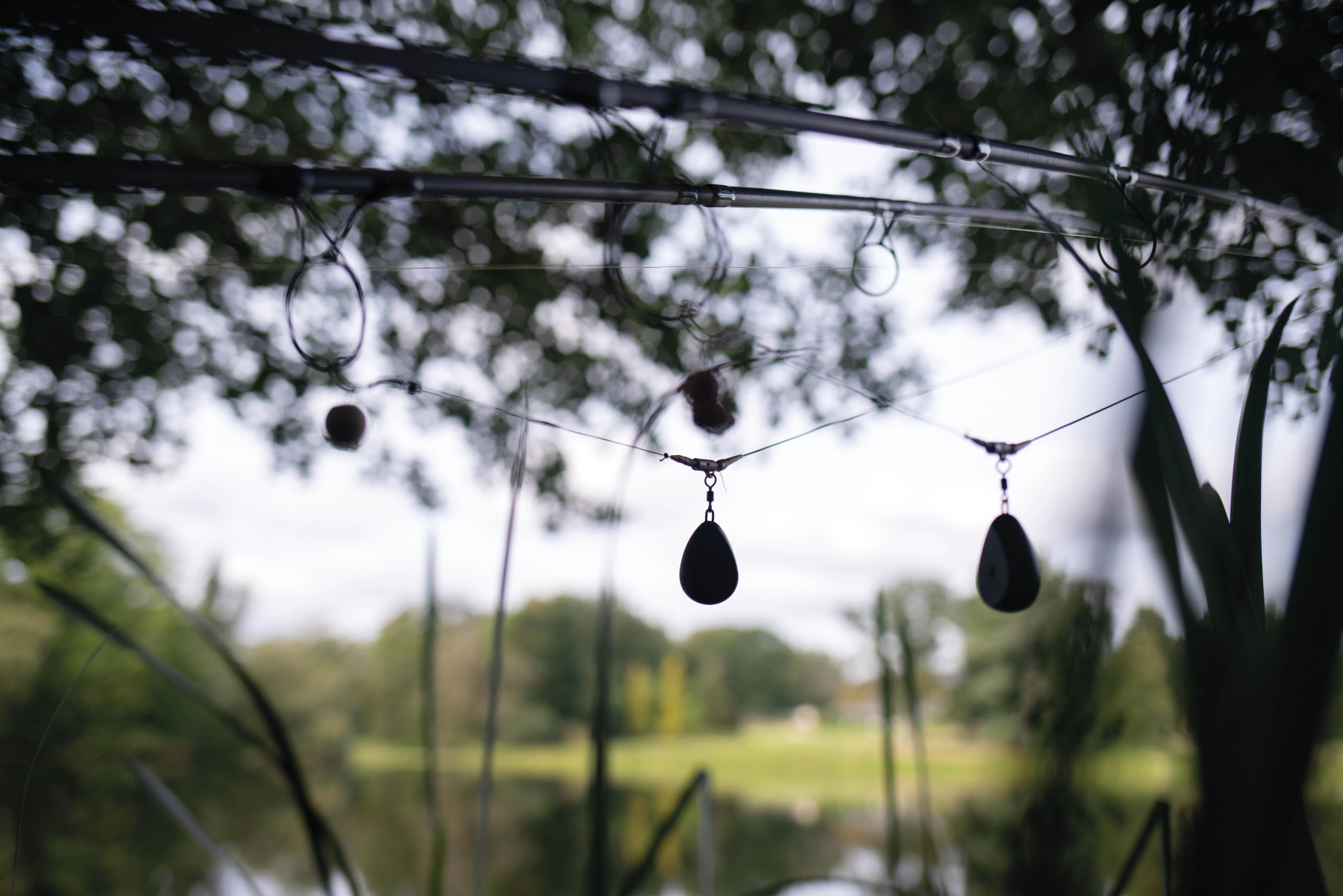 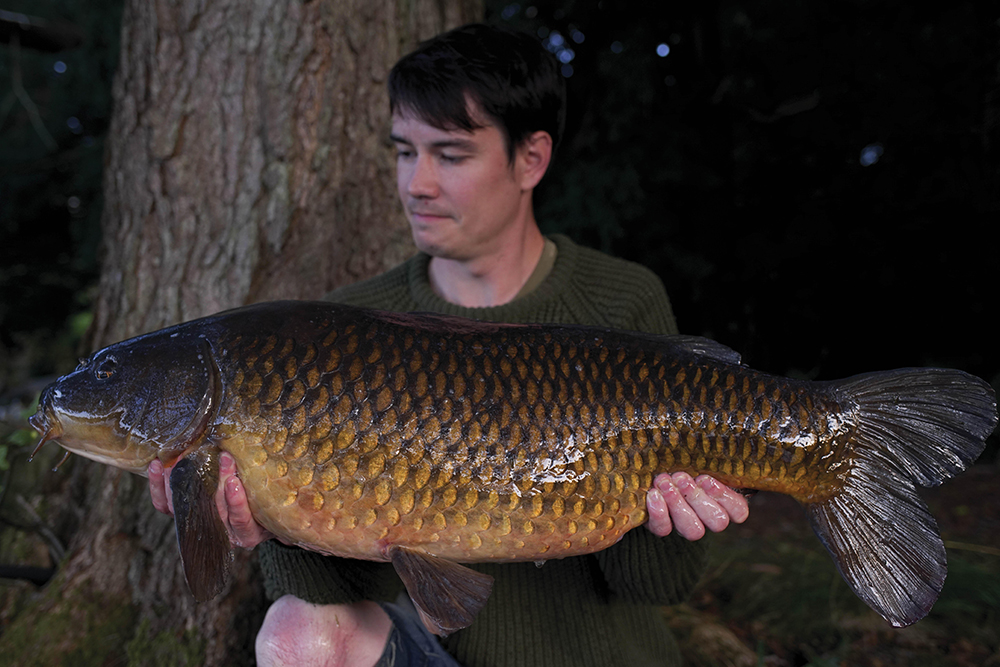 The first bite of the trip for Jack Reid

It didn’t seem as though I’d been asleep for long when I heard a banshee-like scream from my old Fox Micron. Picking up the rod, I could tell that something wasn’t quite right. A long, dogged fight at distance ensued, and it seemed like I played the fish for an age. When eventually it come closer, I saw that my line had caught on a floating weedbed that had been dislodged during Jack’s earlier fight. Jack quickly made for the dinghy and headed out to free the line, and an old, beautiful mirror graced the net not long after. Buzzing, I checked the time. It was between two and three o’clock. I slipped the fish into a retainer, waiting until sunrise before I dropped the rod back out, not being too confident about rowing out at night in the pitch black.

First light came, Jack’s buzzer providing the wake-up call. Another slow, plodding, long-range battle took place, but with no further drama, he soon had a corking dark mirror safely netted. Unfortunately, it was a recapture, but it was a mega carp all the same. Then, my last remaining rod went. It was a great battle from the off. The fish taking line at range, it just felt like a better one. It was pretty much gain some, give some for 10 minutes out in the pond, as slowly, I led a good fish back over the deep water up on the surface. I jumped into the dinghy to make life easier with the netting, but instead, I experienced the complete opposite. I hadn’t played a carp from a dinghy before and I started to spin like a lunatic as soon as I hopped into the boat. I was in a complete panic, but Jack calmed me down when he came out to help, although it was like a scene featuring the Chuckle Brothers at one point! Throughout the fight, I could tell that it was a good fish. I was a bag of nerves, but eventually, a large mirror slipped over the net cord.

The fish was a rare one with little history. First caught by Terry Hearn in the late ’90s, and once by Jack in 2019, it wasn’t in any of the estate’s stocking records dating from the ’80s, so there was some real mystery behind it. Whilst it was a rare fish, it also went 30lb on the scales, and that made it even more special. What a result! 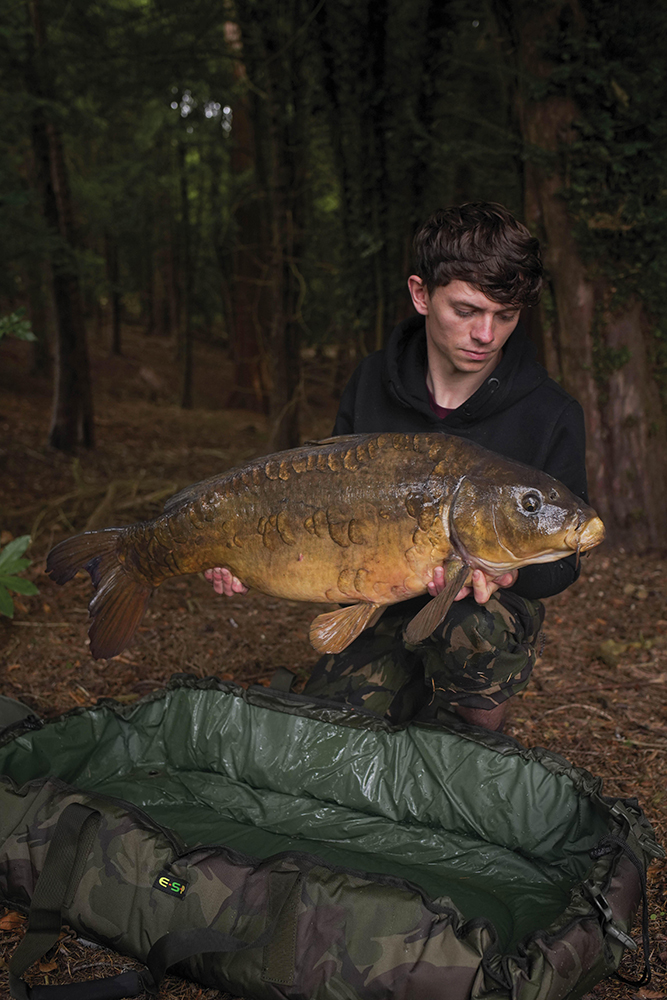 The old relic of a mirror Alfie caught during the night

We got the rods set and it was getting on for late morning when Jack had another bite. This time he enjoyed a great boat battle, the floating weed intervening once again. Nonetheless, he managed to land a long common just shy of 30lb. Dave Ellyatt came down to see us to do some product shots of the new QuickDraw range, and also helped out after the morning’s carnage. 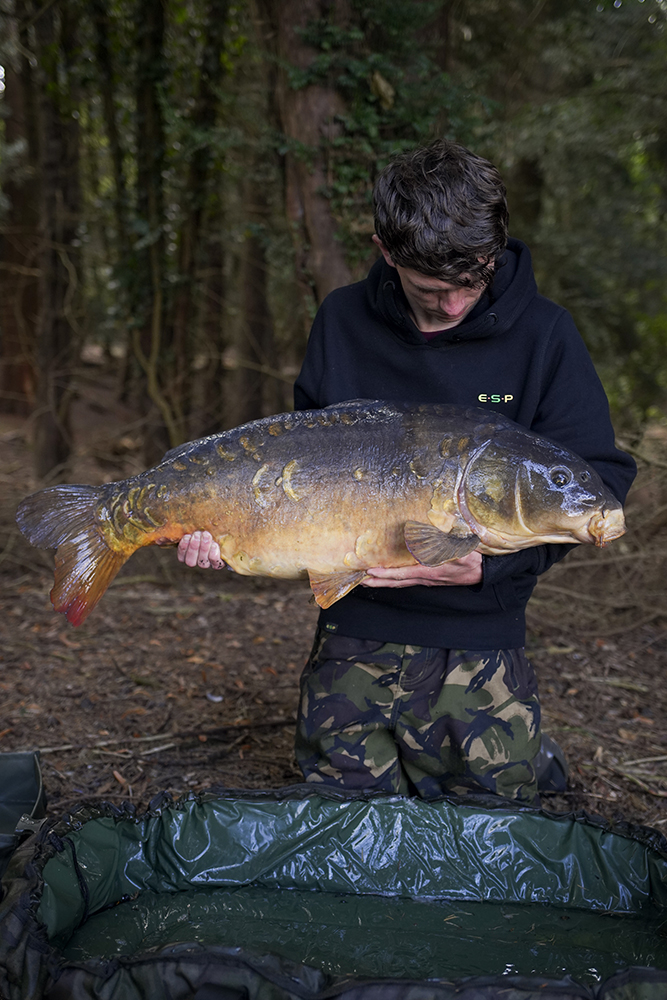 The big mirror of the trip!

Coming to the end of the morning, I received another bite. This time it was plain sailing. The fish kited on a long line out over the deep water, before up popped a beautifully dark common, a real result, given that I’d already landed two cool mirrors. With the morning over and with some work out the way, I made a late breakfast for us. After the crazy night and the morning’s action, Jack and I were both pretty exhausted. It was a complete privilege to fish the estate lake and we came away after just 24 hours having caught some old, and quite beautiful carp. We’d managed to get some playable footage and with an amount of work done, we called it a day, not wanting to overstay. I really enjoyed the session. It’s such a mega place, and I look forward to maybe returning one day. If you haven't seen the film, then catch it below! 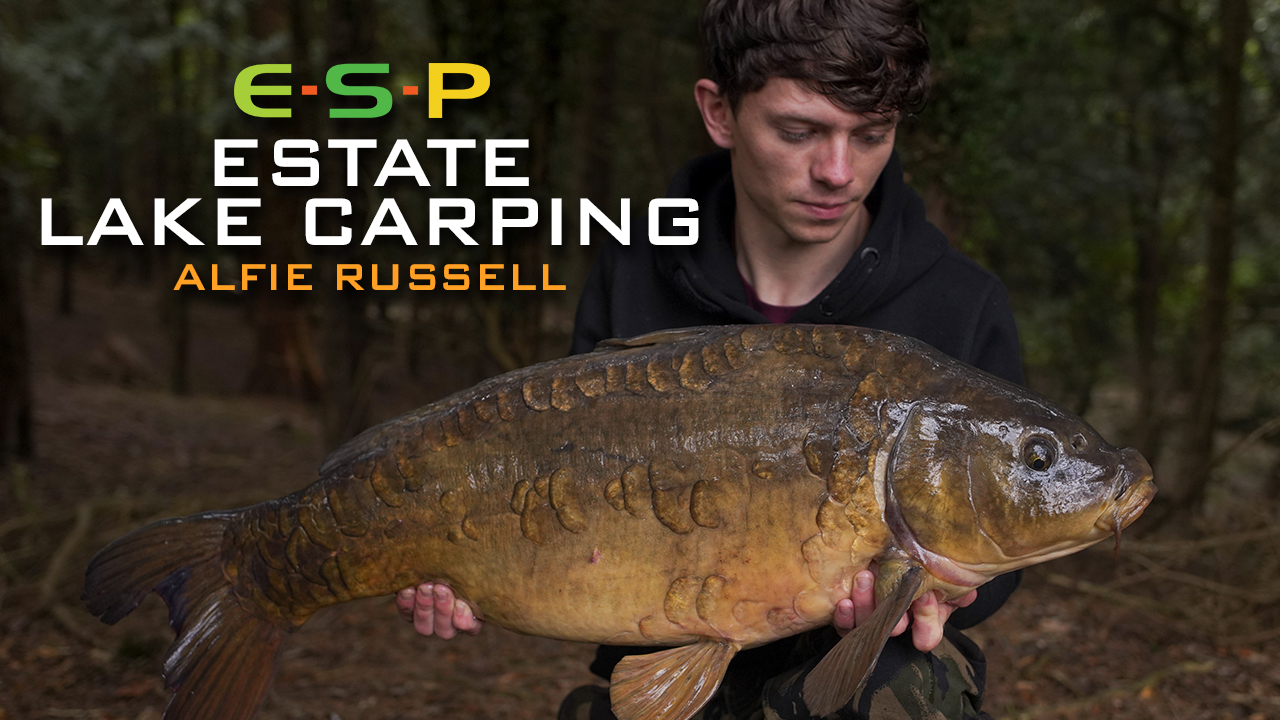 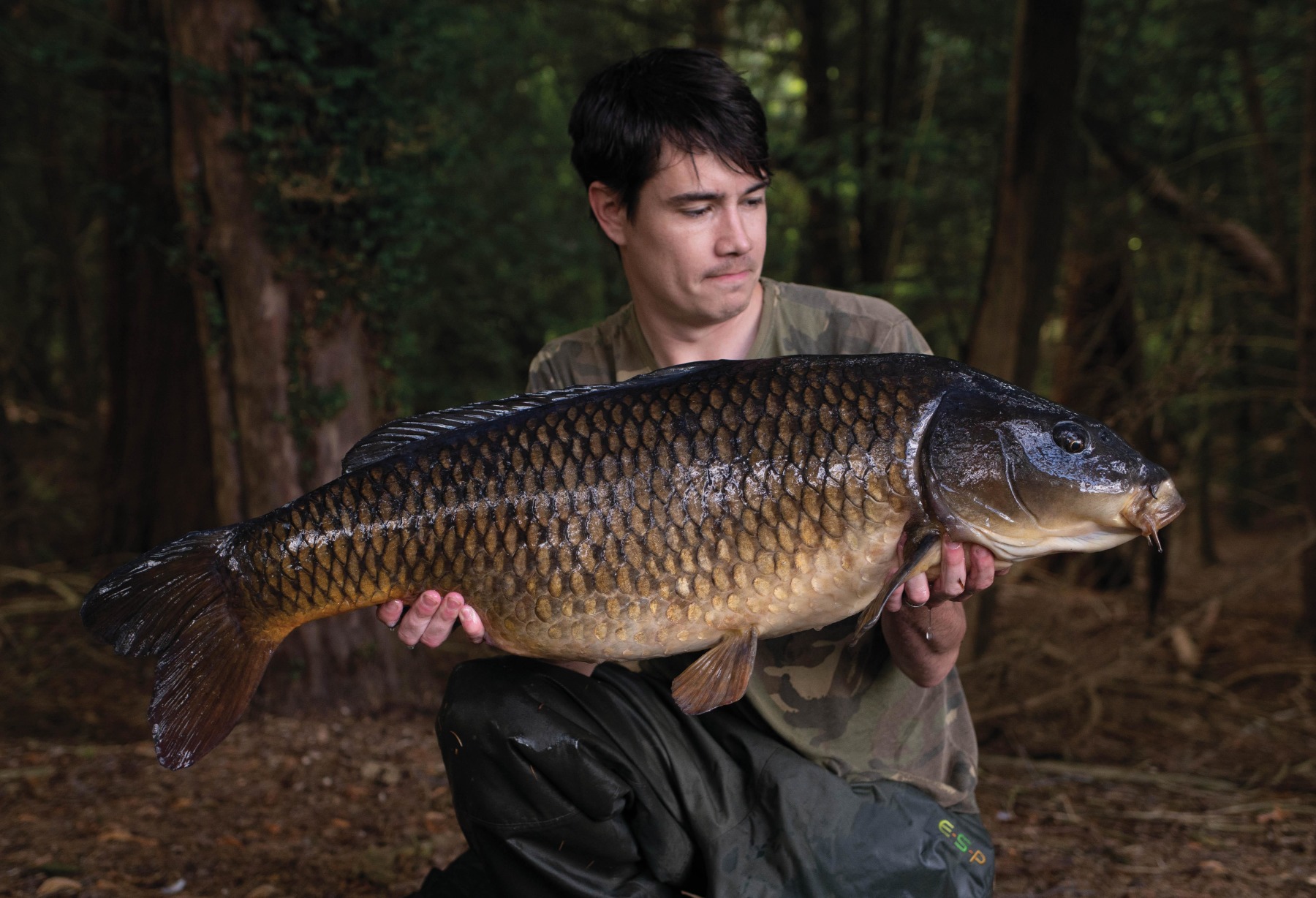 Jack's big common of the trip