‘It started off as just another normal session but what unfolded had to be seen to be believed. It was as if all of the carp gods and gathered together and decided to shine down on me.’

I had a really good year on farriers catching good numbers of fish throughout but the big fish avoided me all year. On my last trip I was fortunate to land an incredible brace of carp including a 45Lb 4oz common and a new PB 46Lb 10. That was always going to be hard to top but somehow it just got better and better the following trip. I got set up at 10am Sunday morning, it was a swim I had never fished before and I knew there was a few spots that had been doing fish recently but I decided to concentrate on one spot in the middle of the swim fishing both rods on the spot. I started out by putting about 10 Spomb’s of corn, 10 and 15mm live system and boosted the mix with a helping of frozen bloodworm.
The day was quiet and I had seen very little activity then I received a bite at 5pm out of the blue. The fish plodded around and up popped a 43Lb common. It was a right result. 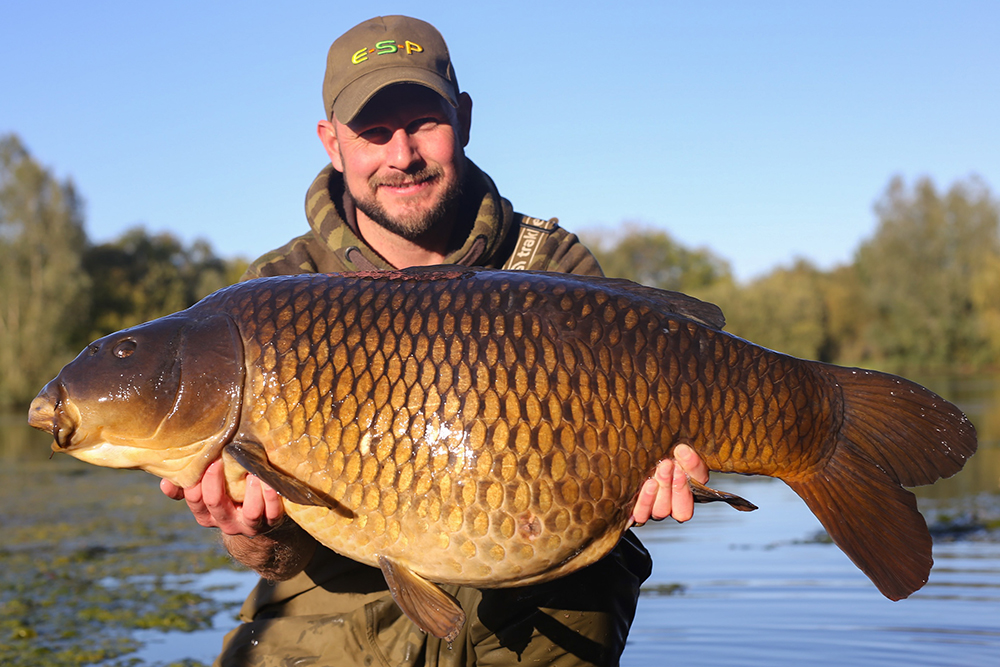 43lb Farriers in the morning light!

The night was quiet and at first light I decided to put a few more Spomb’s of the mix out to see if I could attract the carps attention. An hour or so later and the 15mm live system pop up presented on the ronnie rig had been picked up and the rod was bouncing on the rest. As It slipped it into the net I couldn’t believe it looked bigger than the last fish and the scales confirmed this as the needle settled on 46Lb 4oz. I had 3 more fish to 34Lb by mid day and the afternoon was quiet. A few fish turned up in the evening and I sat next to the rods watching fish fizzing over the spot and the inevitable bite came at 7pm. It felt big from the off and kited around on the top with its dorsal erect and out of the water through out the whole fight. I knew it was a very big fish.

As it got closer it rolled over my other line and managed to get tangled. I knew it was going to be a struggle from here on. I managed to get the fish on the surface, it was beat. The only problem is it was led on its side on the top about 15 yards out tethered in my other line and I could no longer gain an inch. I always use a drennan twistlock Lansing net pole as it extends to nearly twice the length of a Norman 1 piece handle. I donned the waders and waded to my limit, outstretched the long landing net handle and managed to get the huge frame half over the net cord. The fish rolled and I lifted the net and luckily if flopped into the net, it quite easily could have gone the other way, it really was touch and go. I’m sure we have all been there. I rang the wizard that is John Flewin who was on the opposite bank, he said “how big”? My response was “bigger than the last one which was 46lb”. 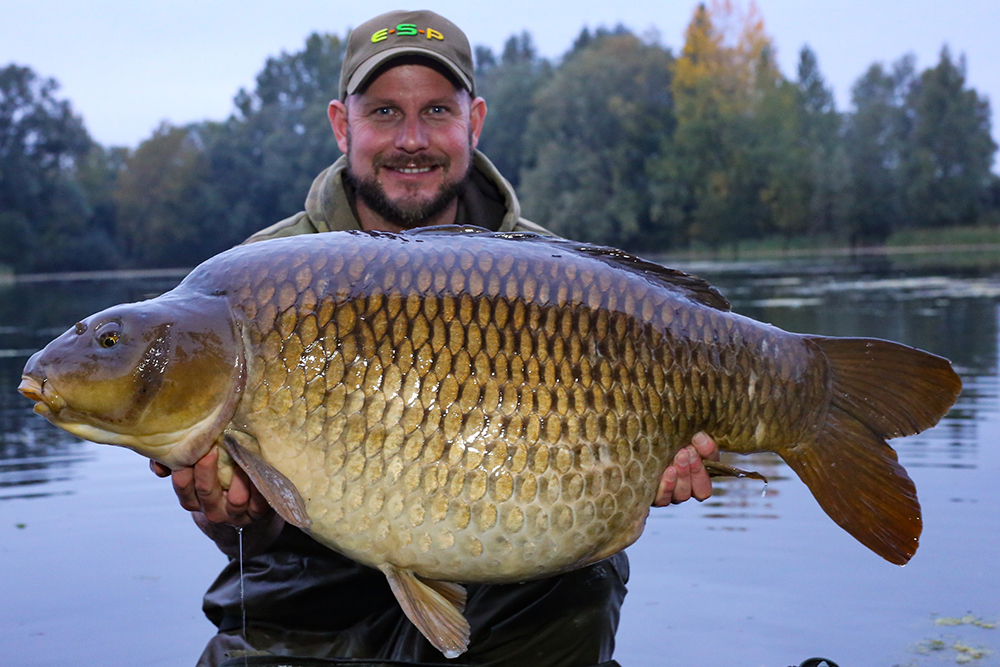 John zeroed the sling and I hoisted her up as John called the magic number of 48Lb 4oz and a new PB for me. John done a great job with the photos and took great delight in throwing 2 big buckets of water over my head. Thanks mate 👍
Again the night was quiet and a few Spomb’s to kickstart the morning did just that. 3 bites in a little over 2 hours and all 3 fish topped the scales at 43Lb+. The head bailiff had messaged me in the morning saying “You realise no one has ever had more than 3 forties in a trip before on Farriers?” I couldn’t believe what was unfolding, it was a ridiculous situation if I’m honest. How can I go all year without any big ones and then catch so many on the bounce? I ended the day with 3 more fish, a couple of upper twenties and a beautiful red bellied common of 41Lb 4oz which turned out to be my 50th UK fish over 40Lb. I packed up in the evening a very happy man. It was hard to write this as I’m genuinely lost for words. 12 fish in 2 nights including 7 forties and a new PB, simply awesome. 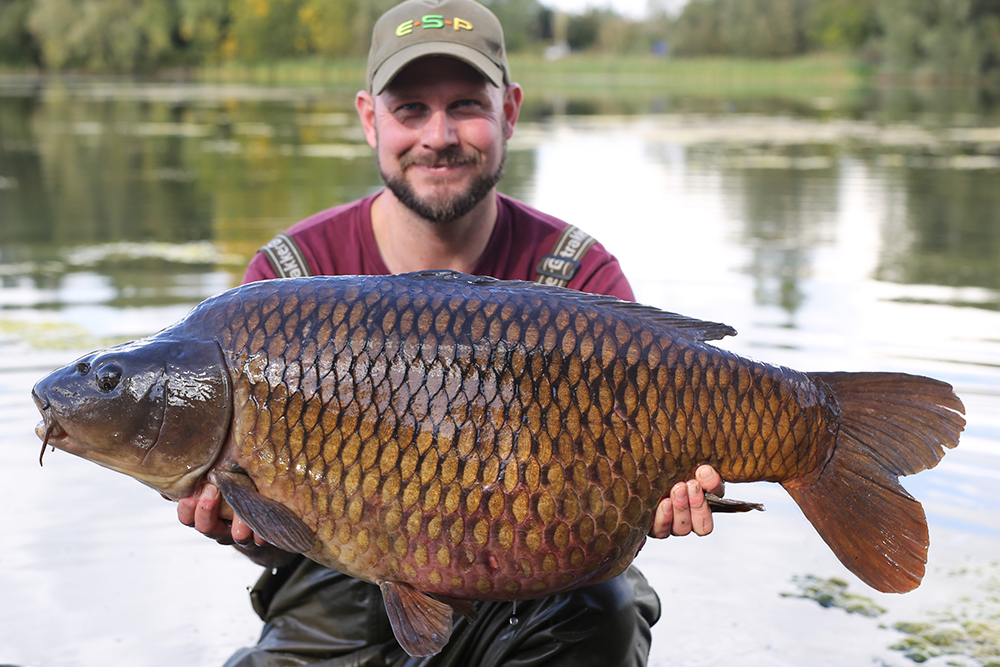