'Carp fishing hey? So many highs and lows but many of the lows never get told. They say that just being there is enough, and sometimes it is, but is it really? You’ve gotta take the rough with the smooth but who ever tells you about the rough? Social media can paint a rosy picture of contestant high’s where carp fishing is made to look simple but is it really that easy?' 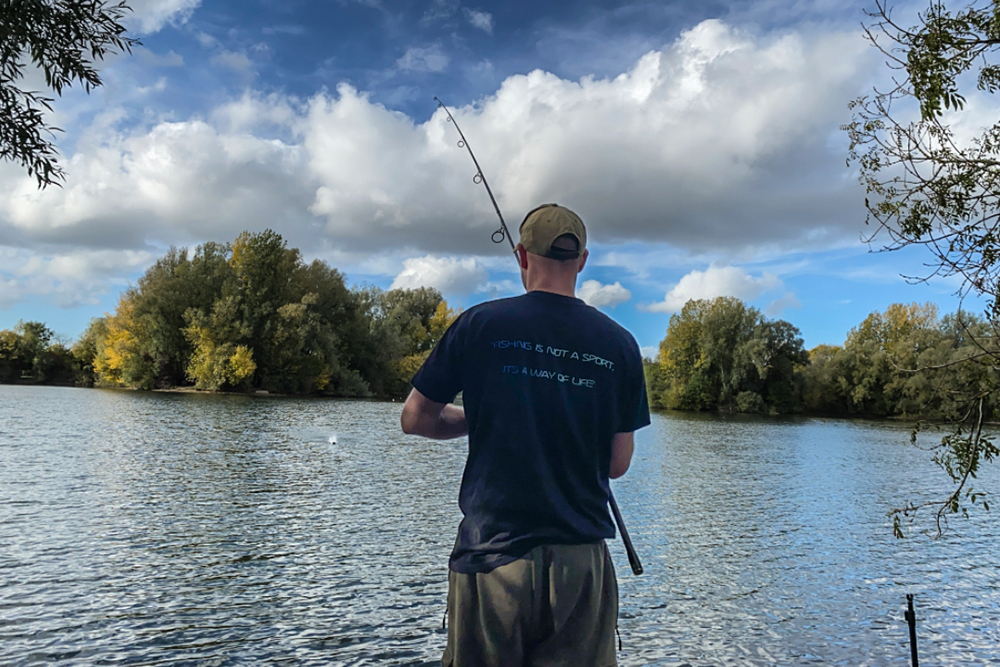 It would be easy for me to pick and choose the best parts of this story to make it sound like I’ve had a blinder but that wouldn’t paint a true picture. Instead I am going to let you into a little secret, I had done a 4 night trip to farriers last month and never had a bleep. There were fish to be caught but I got it a little wrong. I had arrived on darkness on a Saturday evening after work and dropped into my favourite swim. By 11am the following morning I had no action and saw one show elsewhere in front of a swim that had done 5 or 6 fish in the week. I decided to move and after seeing one show I had convinced myself it was a good idea. After a couple of nights in the swim nothing had happened and in all honesty I should have moved but I had nothing to go on and ended up staying put and suffered a blank.

A few weeks later I had another 4 nighter planned. I was originally meant to be going to France for a week but due to unfortunate circumstances that was cancelled and I just can’t bring myself to do a week session in the UK so I gave myself 4 nights.

My first night I spent on my Cotswold syndicate. I had seen a few show within a few hours of arriving and set up on showing fish. I decided to try and nick a quick bite and pinged 3 single hookbaits on them and 20 boilies with a throwing stick. Stealthy I thought! Well that was the end of the shows in my swim and in the morning they were showing out of casting range. The wind was gale force and with it being a side wind, casting and baiting at range was impossible. 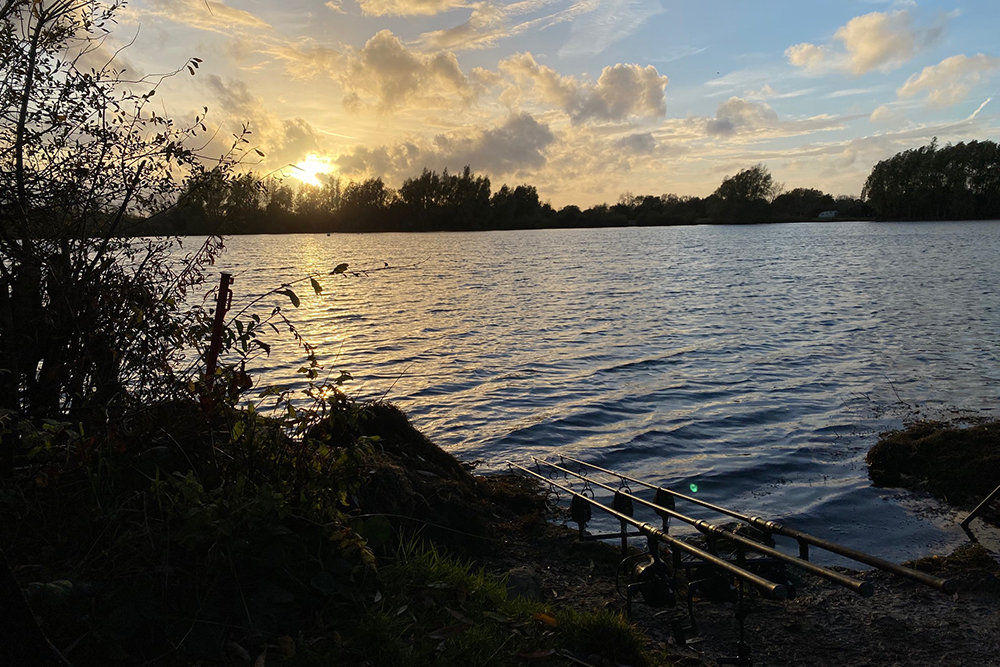 At 11am I decided to pack up and headed to farriers to see if I could get on a few fish. I spent the afternoon doing laps and seen a couple show but never really felt like I knew where the main bulk of the fish were. I actually saw the koi show which is on my most wanted list so that’s where I set up on darkness. I watched the water like a hawk with binoculars in the morning and there wasn’t a single bubble or sign of a carp in the area I was fishing. There was a few showing and fizzing in a corner but there were 2 anglers fishing there so that was out of the question. I wound in late morning, spent some time walking round the lake and saw nothing. I knew I just had to get on some fish somewhere if I was going to have any chance of a bite but everywhere just seemed so lifeless.

So at 11am, I packed up and loaded the gear back into the van. I decided to exit the Cotswold water park and found myself Oxford bound. I had quite fancied a trip to Hardwick and now seemed the perfect time with 2 nights left of my trip to salvage a bite or two.

I arrived mid afternoon and as I drove pass the road bank, there was no one fishing. Excellent I thought! That was until I pulled in the gate and seen the signs saying Hardwick was closed for a rest period!

I had a quick look round St. Johns but never saw any signs so I decided to have a look at Oxlease. I had not fished the lake for about 8 years but when I pulled in the gate it wasn’t very busy. I spent an hour walking the banks but again saw nothing. By now it’s nearly dark, I hadn’t decided on a swim and the heavens had opened.

At that point I could have easily just gone home and called it a day but I decided to set up in peg 3 which allowed me to park right behind the swim.

I donned the chest waders and put on a rain coat and got the rods out in the pouring rain. The wind was hacking up my end so it seemed a good place to start.

I was on the phone to Bart a couple of hours later, the rain had stopped and I was all set up. Suddenly I could hear a screaming clutch and it took a while to realise that I had forgot to turn my middle alarm on and that I actually had a bite! I had done 6 nights without a bleep, and finally I get a bite and I’ve forgot to turn my alarms on.

Mid way through the fight the heavens opened again and I got soaked! But fortunately everything else went to plan and I slipped the net under a very welcome 26Lber. I didn’t want to set my self take camera gear up in the rain so I slipped the fish back. 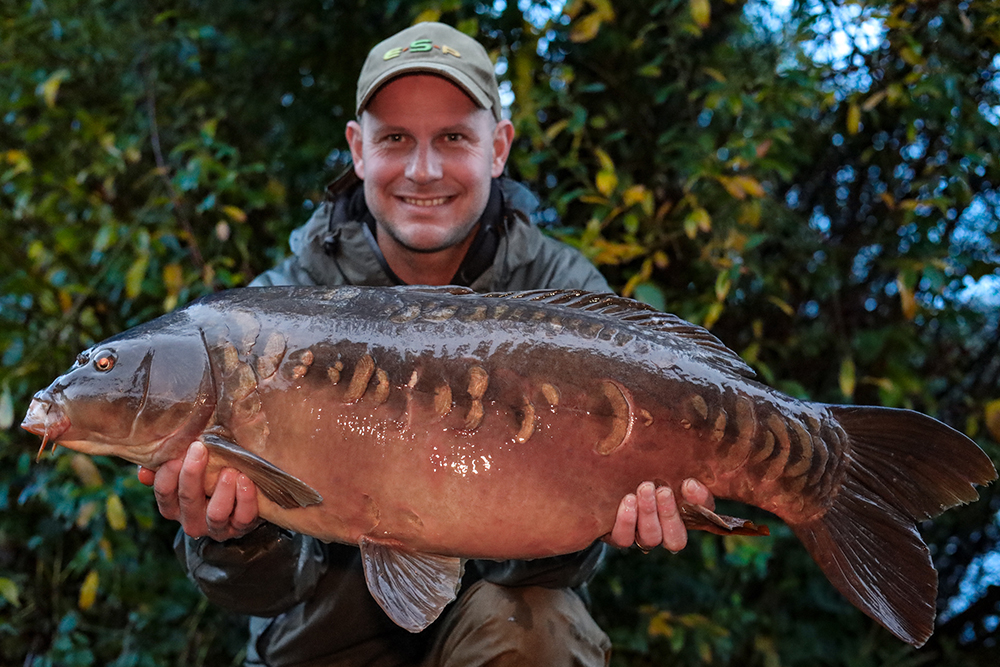 I thought I was going to be on for a few fish having caught so early but by 8am I had no more action. I had been hearing fish welly out a lot further up the lake in the early hours of the morning. At 8am I had decided to wind in and take a walk round the lake to find where they were showing. In typical fashion I spend two hours walking and watching and never saw a single show. However there were a few fizzers coming up close in right at the top end of the lake so I grabbed a few rods, a bucket of pva bags and took a walk up there. I pinged 3 solid bags to where they were fizzing about 20 yards out. I had a liner after about twenty minutes and after another hour or so the heavens opened again and I just sat there on the floor with my ESP unhooking mat on my head trying to stay dry from the rain. It was at that moment that I felt like I had hit rock bottom. By mid day I gave up on that idea, wound in and went for another walk. I had one night left and I was desperate to just get on fish.

Finally at 2pm I saw one show about 60 yards out in front of an empty swim half way up the grassy bank. So I want back to peg 3 packed up and decided on one more roll of the dice for my final night. I literally clipped up to where the fish had showed and fished all three on the spot and put half a bucket of bait in. It was soon dark and an hour into darkness I started hearing fish 3 swims up to my right. They were putting on a mega display slipping out of the water every minute between 20-60 yards out.

I had only got the rods out and finished spodding an hour before but I knew I just had to move swims.

I just started to pack up and yet again the heavens opened and there were no signs of it stopping. At this point I just gave up and decided to just stay put and hope the fished moved 70 yards down the lake to my swim. 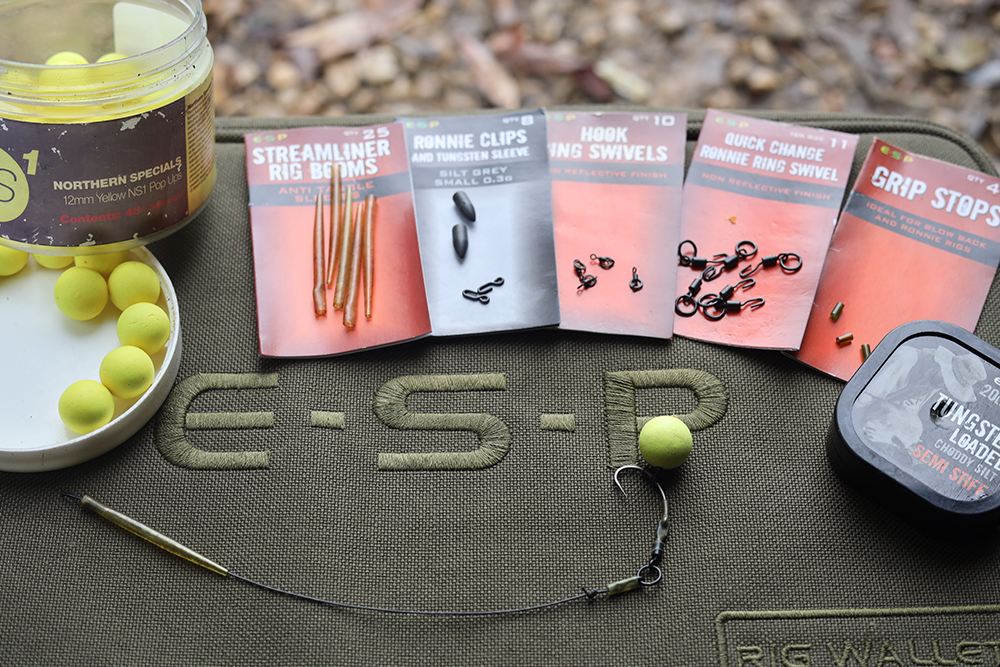 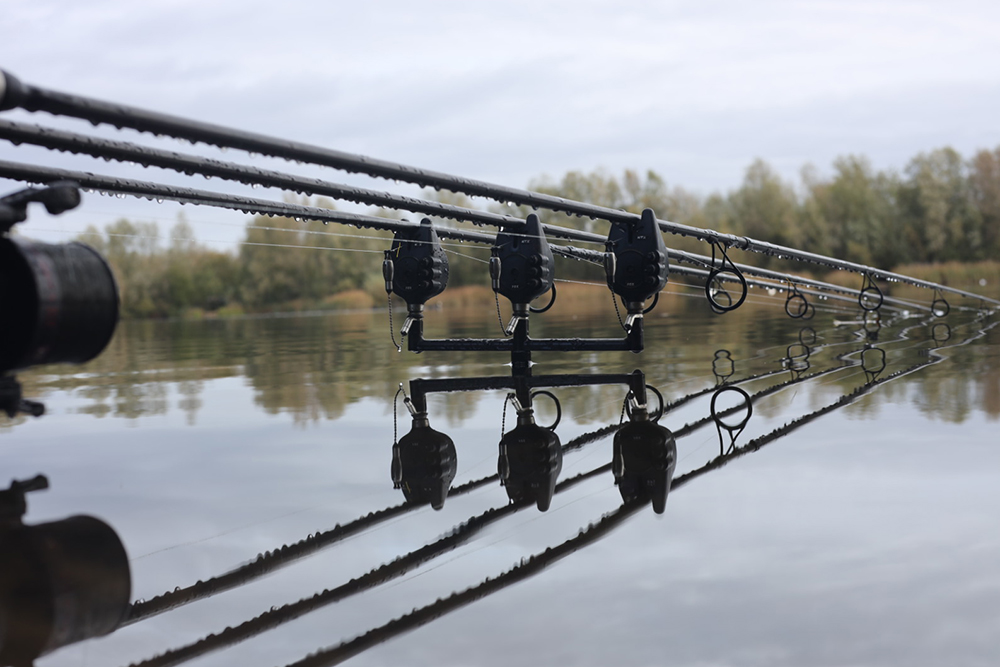 A few hours later and finally I nearly jumped out of my skin to the sound of a one toner coming from my receiver. It had been a long time since I had heard that sweet tune!

At this point I would love to say it all went to plan but it didn’t. The fish literally just fell off about thirty yards out and I just knew it simply was not meant to be.

I got the rod back on the spot in the darkness and put a few more Spomb’s out before slipping into my sleeping bag with a bit of a sulk on.

By now I had done 7 nights over 2 trips on 3 different lakes, 7 different swims for a 26Lber which I didn’t even get a photo of because it was raining.

My fortunes were about to change though as at first light I was delightfully woke up to a bite from a 27Lb chestnut scattered Linear and yes it was raining! But this time I set the camera up in my bivvy and done a couple of self takes. I had not even rechucked the rod and my next one went too and this time a 31Lber left me absolutely buzzing. A lot of hard work and effort had gone into that one and it was a nice one too.

As the trip was coming to an end I started to have a slow pack up when a single bleep sounded. I could see the bobbin had pulled up tight and a few seconds later the clutch was slowly ticking away. It felt like a good fish from the off and stayed deep just plodding around. When it popped up it looked huge and I soon had it in the bottom of my net. At this point I couldn’t figure out whether it was a proper biggun or the fact that I had just struggled for so long that my mind was playing tricks on me and was just willing it to be big.

There were a few people about so I got a nice chap to give me a hand with with weighing and he called it as the scales settled on 41Lb 4oz! We done a few photos and guess what, yes it was raining! But it mattered not as we got some decent shots. Now I know this is a bit cliché but all the hard work and effort in recent weeks had all come together with that capture.

Now let me tell you, carp fishing is not easy, hard work, effort and dedication is a must if you want to succeed. Never give up, keep giving it your best and it will all come good. 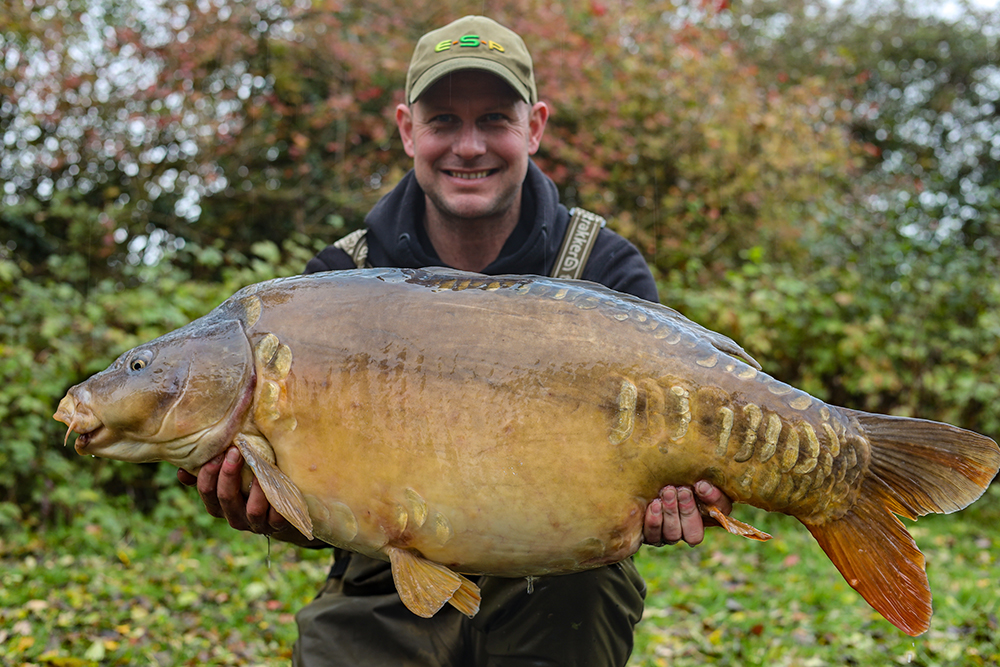