Daren 'Tinpot' Norman enjoyed another successful trip on his Kent syndicate last week and as it turned out, it would be his last as he plans to move onto a new challenge. 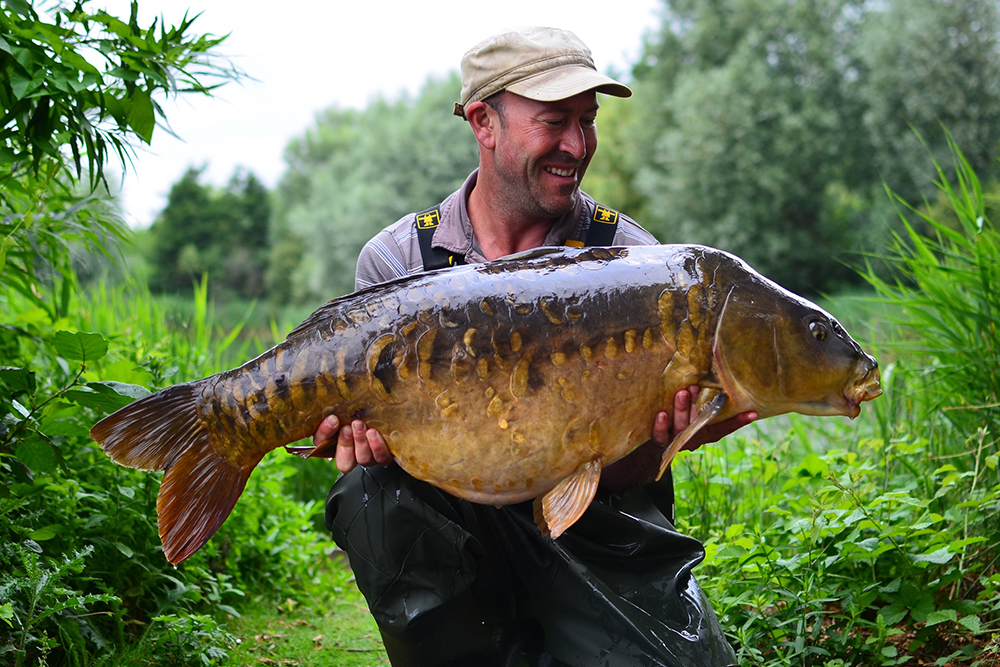 I have just got back from a very memorable two-night session on my syndicate. It was to be the last trip of my spring/early summer ticket so I had high hopes that I could finish off a great spring with one of the four big target fish I had left to catch. Over the time I’ve fished down there I’ve been lucky enough to get amongst most of the lakes big'uns but two mirrors, the Italian and the Long Leney, plus two of the big commons have eluded me and many a night I’ve spent dreaming of catching one of these special fish.

On arrival I was shocked at how much the weed had come up since my last trip some ten days previous and with that in mind I picked a swim that I thought would give me the best chance of landing something if I was lucky enough to get action but also one I had a strong feeling would be good now the weed was right up.

I spent a couple of hours clearing weed from the margins before spombing a bucket of mixed particle, corn and chopped krill out to a favourite spot of mine. Two rods were put on that spot and the left-hand rod I cast around an area I knew the Long Leney had been caught from before until I found a lovely little clean area and baited with only 10 spombs on this rod. It had been very hot but that night the weather changed and it cooled off, the conditions looked great.

At 8am the middle rod was away and after 15 minutes it was stuck fast in the marginal weed. Luckily the bailiff came down with the boat and after a nervy 10 minutes watching a very long common head standing in the weed I finally managed to get it in and had the pleasure of looking down on an immaculate 35lb 4oz common. We had a few beers that day and as that was my 49th fish out the lake I said if I get another it's gonna be an extra special one for my 50th.

The old carp gods were listening and at 5am the next morning the left-hand rod went into meltdown. I knew straight away this was one of the really big ones and it flat rodded me for 50 yards on its first run before kiting round some buoys, I managed to get it back and slowly tire it out, but not before it had dragged me all over the place, then again it got stuck fast in close. I waded out to the top of my chest waders as the boat wasn’t available and after a long time applying constant pressure, big boils started coming up followed by a tail and a scaley wrist. I knew then it was the one i most desired and eventually i managed to get it the net before punching the air with pure adrenaline and delight!

The Long Leney was finally mine and she looked glorious. She weighed 43lb 2oz and after returning her I decided that although it would be hard to leave this magical place, it was time to move on. Being a mirror man and with only one more of the A-Team left I thought the realistic chances of singling out that fish without numerous repeat captures would be slim, so a new very exciting challenge is about to begin. A very low stock big pit with a bit of mystery about it. I tried once before and blanked but I'm hoping this time for a bit of revenge, can’t wait!